This was the biggest and most amazing surprise I’ve ever had in my entire life… My boyfriend planned a trip to New York for my 21st birthday for 5 days – coming home on Christmas eve!

I was so ready to remake Home Alone 2 and get lost in New York!

Joel had planned everything (with direction from my sister, Katie) down to a tee, including our hotel, The Hudson, which was located just outside the entrance to Central Park. The hotel had a “cool converted-basement” feel with its bare brick walls and high ceilings. It also had a great sports bar, which was so popular and buzzing every night! 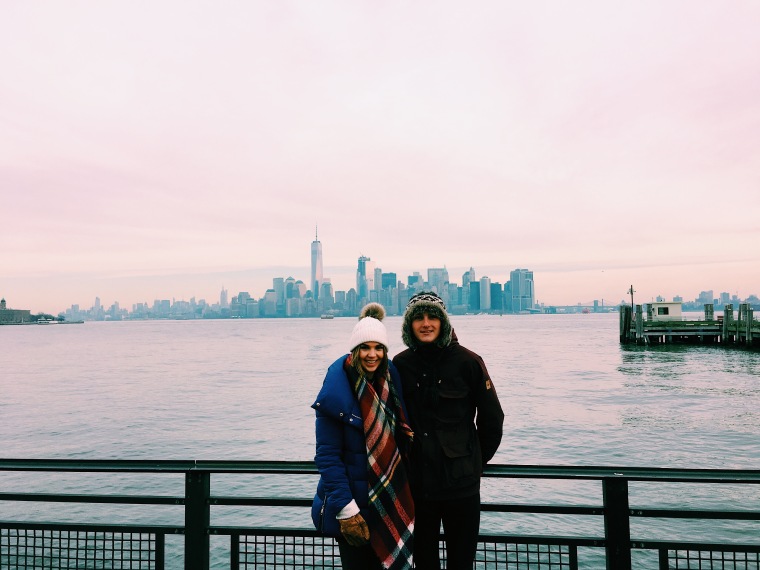 We re-energised with breakfast and got ready for the first day of sight-seeing. It’s a good job I’d worn my new Dr Martens in because I don’t think I’ve ever walked that many steps in a day. I would definitely recommend downloading the Subway app and use the subway as your main transport as it’s so much cheaper and quicker to get around and the app is so straight forward to show you your route! Plus, the Subway is so sick for buskers, I heard this man playing a saxophone and he was unreal! I have a real love for embarrassing Joel, so I decided to start dancing around in the subway until he walked off in embarrassment without me, haha. We also got the subway with a group of workmen in Santa hats that sang Christmas crooners for the whole journey – you cannot beat it!

Here’s some of my touristy highlights… 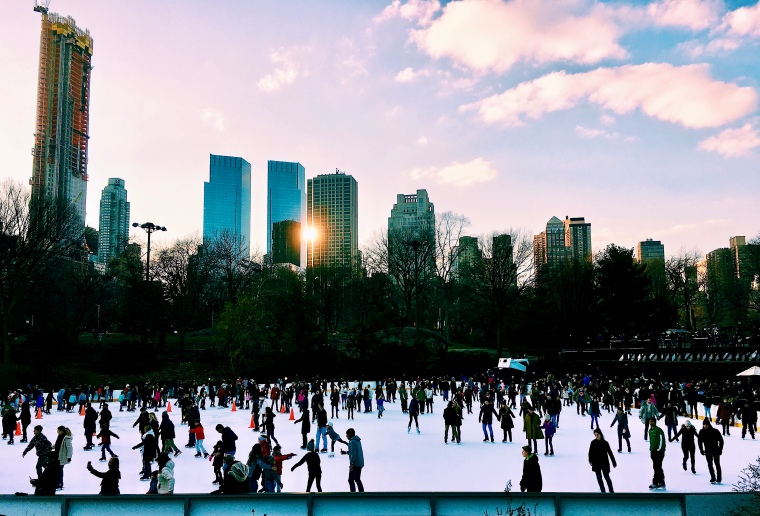 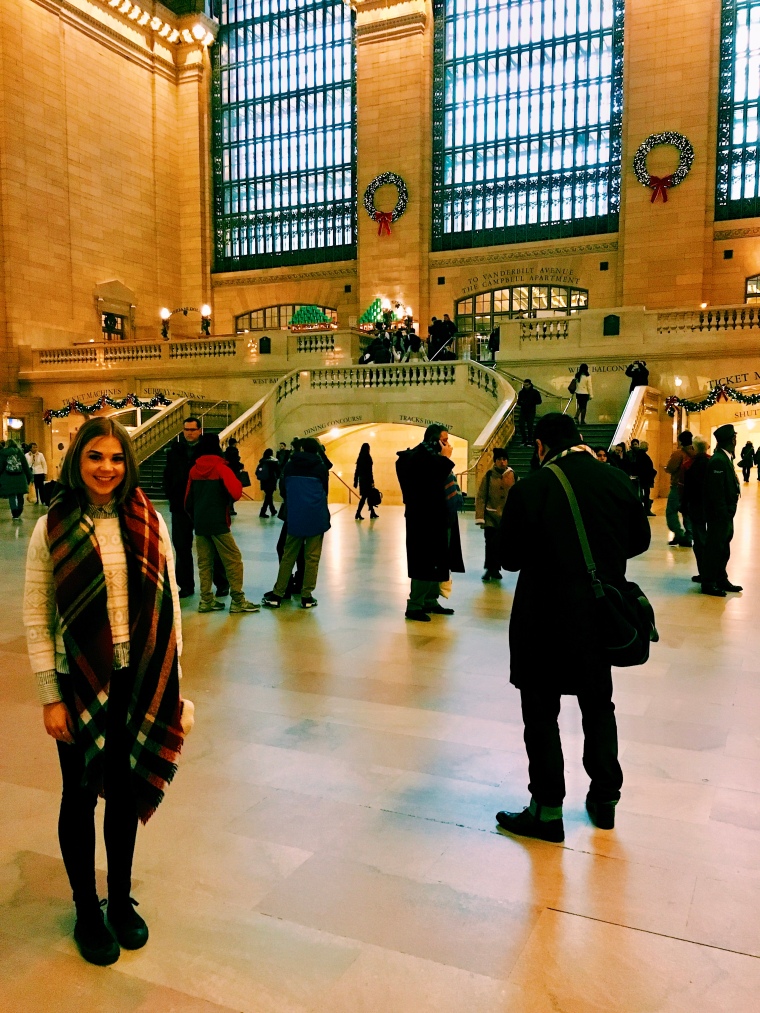 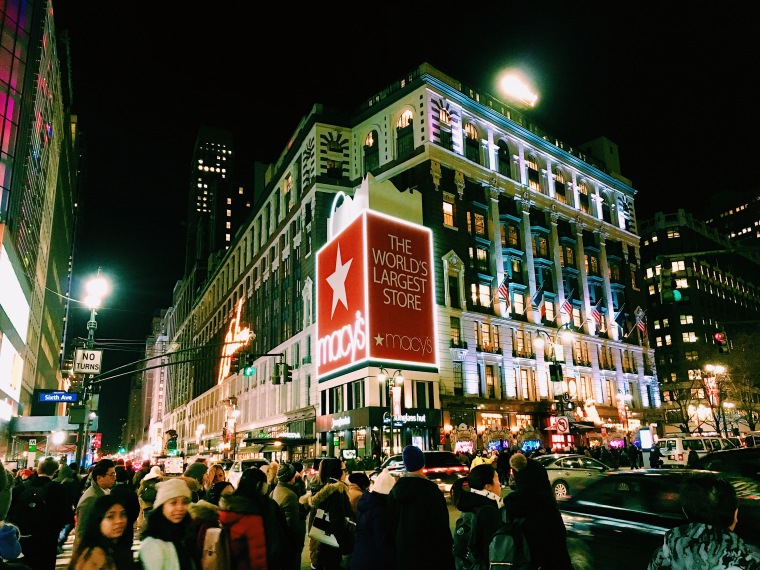 Obviously, I can’t write a blog post without talking about food and places that I ate, so here goes… 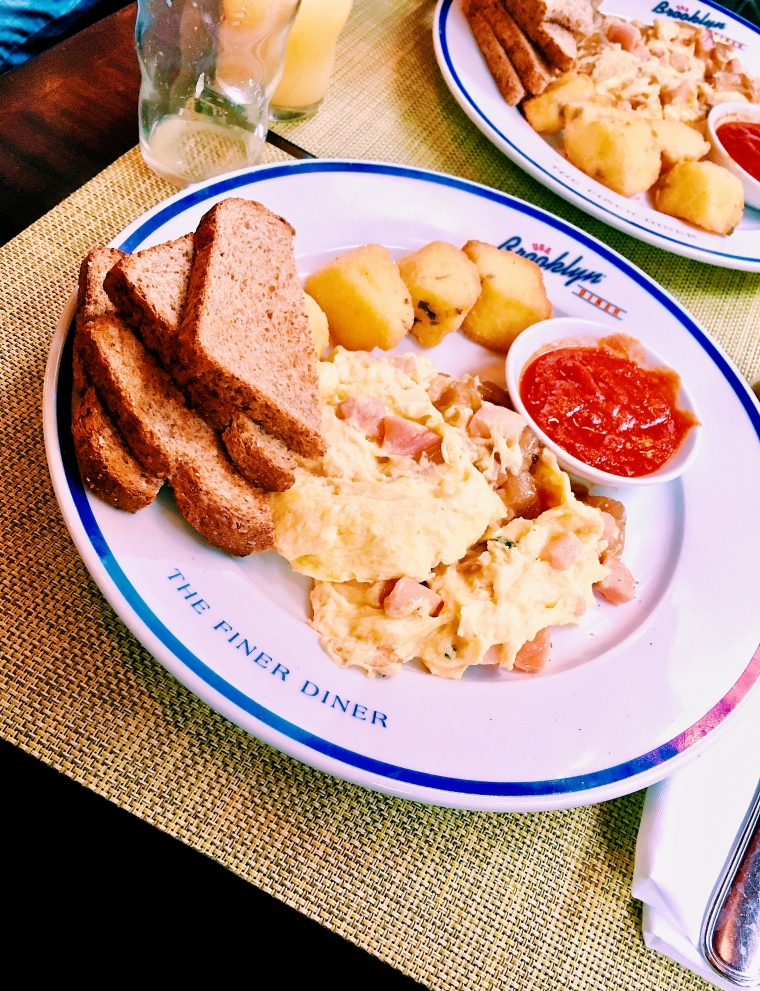 We had SO much fun in NYC and I don’t think I’ll ever be able to express my gratitude to Joel for taking me! New York at Christmas time is like a fairy tale and a must-see. I hope we go back to the big apple to experience it in the summer time because I’m not one for being cold and I think you would see the city in a completely different light!